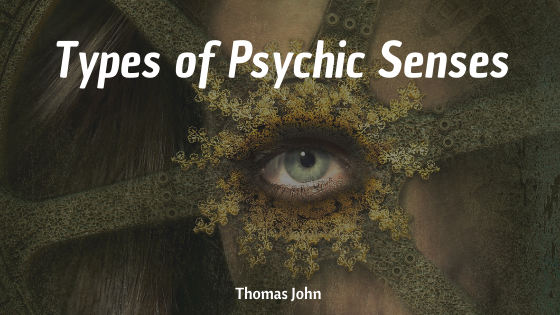 The ways that each psychic medium communicates with the dead varies. How they receive messages or signals can depend on the individual conducting the reading as well as the spirits involved. Below is a brief overview of a few kinds of psychic senses psychics may have.

You will note that they all share the same prefix, “clair,” which means “clear.” In this context, “clair” refers to intuition and psychic abilities.

One of the most well-known psychic senses, clairvoyance refers to a psychic’s ability to visually perceive visions of the past, present, or future, symbols, and more; this also includes visual images from the dead, if they are a medium. Experiences with clairvoyance are sensed not with the eyes but with the mind.

Another common sense, clairaudience is the ability to hear words, sounds, and even music in the mind; this is especially common among psychic mediums who hear messages or signals from the dead, and combined with clairyovance, clairaudience is commonly used by channelers.

When knowledge is conveyed through physical feelings, it is known as clairsentience. Individuals who experience clairsentience may pick up on other’s emotions or physical ailments by being near them, and the term “vibrations” is often used in relation to practices of clairsentience.

Related to the sense of smell, clairalience is typically associated with mediumship. When an individual smells something out of place that is evocative, such as cigarette smoke, a family recipe, or familiar perfume, it may not be grounded in the physical world and instead is a connecting force with the deceased.

Similar to clairalience, clairgustance is the intuitive sense of taste. The ability to taste something that is not actually present or tangible is a sign of clairgustance, and it may be indicative of an attempt at communication from the dead. This psychic sense is not as well-known as the others.

Put simply, claircognizance is the sense of knowing something without having any reason to know it. When information is available despite having no record or learning it, this may be an instance of claircognizance. Individuals who experience precognitions or feelings about the future likely have strong senses of claircognizance.