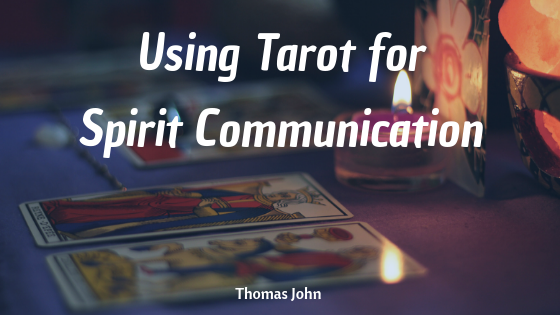 Though not all psychics use divination tools, among the most popular tools for psychics is a deck of tarot cards. Tarot has gained some traction in mainstream media due to cinematic representations, but when dealing with tarot, it is important to recognize the function, nature, and requirements of using such a tool. Having a strong understanding of what tarot is and how to safely and effectively use it is essential when attempting to communicate with spirits.

The pips align with one of four suits: wands/rods, swords, cups, and pentacles. The major arcana cards feature a diverse array of depictions including The Lovers, The Empress, The Wheel of Fortune, and Death. The meaning of the cards, especially when drawn to conduct a psychic or spiritual reading, is highly intuitive and up to the interpretation of the reader, but there are some standard interpretations among certain suits and symbols.

Unlike psychic readings that do not use divination tools, when using tarot, you should be careful when establishing boundaries and setting expectations. Having some sort of protection is important. Take time to prepare your space and your mind. You may say a prayer of protection, construct some sort of circle, or clutch a protective charm. The more prepared and open you are, the better.

Using tarot to communicate with spirits is somewhat different from using tarot to conduct a typical reading. Though you can choose to conduct a reading with a similar format (ask a question to receive an answer), a more common application of tarot to communicate with spirits include a three or five card spread designed to ask yes-or-no questions. Another popular method involves using the spirit to guide your hand to hover over specific cards when asking more open-ended questions.

The reasons for using tarot in a reading are plentiful and varied, and though many psychics do not use divination tools, using tarot can be beneficial in readings by both experienced and novice physics. In my personal readings, I use a combination of mediumship, my own psychic abilities, Oracle cards (I like the decks by John Holland and Colette Baron-Reid), and automatic writing.